It's been a bit since we've had a chance to get an update out. In fact, my intention was to get out a blogpost about a month ago to coincide with the most excellent artwork above made by David Revoy of Pepper and Carrot (who now has some wonderful hardcover books you can buy if you like this style of artwork). However, enough other stuff had gotten in a way that it took me a bit to clear time to write this post. Despite that, there's much to say!

I have given a talk at RacketCon this year introducing Spritely Goblins core concepts. The homepage entry about Goblins now features this video.

Also reflected in changes on the homepage is that Aurie, Spritely's running-system-serialization system, has been updated from "Planned" to "Working Pre-Alpha" status and its corresponding code is linked to at the bottom of the entry. Yes, code now exists!

I'm also working on a demo for it, but it's a bit tied up in another project... the Fantasary virtual worlds sub-project! Yes, some progress is being made towards that, and yes, the use of Aurie + Fantasary is so that running game worlds can be serialized and then later restored!

So, unreleased, but I have a version of this (textual virtual worlds, not yet graphical) where you can walk around, make rooms, look at rooms and save that world... but it's not very interesting. Nonetheless, I might add a bit to it, clean it up, and release it as a demo. It's nice to show, at least, that the system works.

Part of the reason this hasn't been released yet is that I've gotten distracted thinking long-term about what the input system is like. Due to the kinds of worlds we want to build, secure text-input is necessary, while also being sufficiently comfortable to use. This is trickier to solve than it sounds, but you can see my rough plan for a textual world input system on cap-talk, which is where ocap design conversations tend to happen.

However, since shiny things are always fun, I can give a preview of an early GUI mockup of the virtual worlds interface which was done as part of the ActivityPub Conference hackathon: 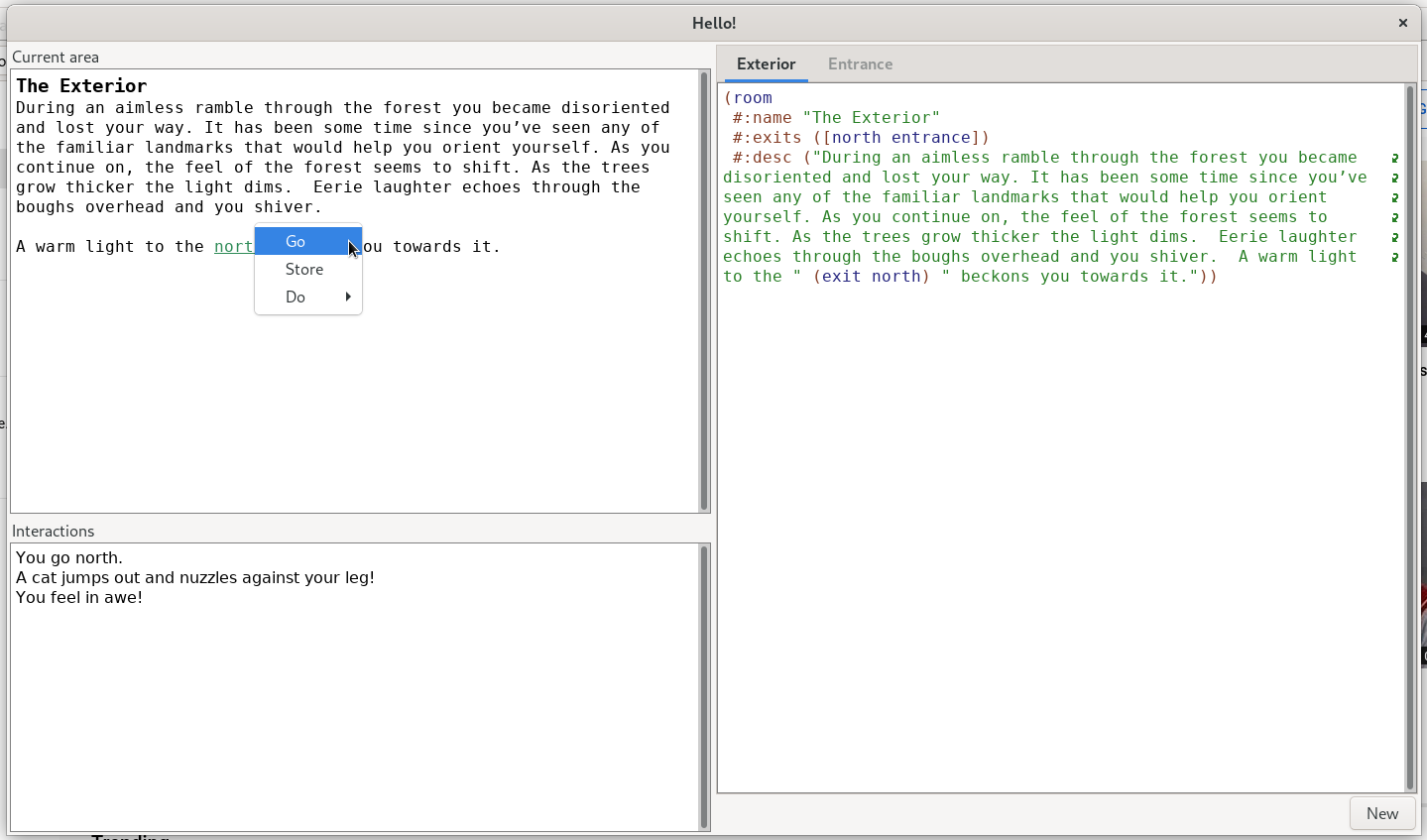 But in order to truly deliver on the virtual worlds demo, the following things need to happen:

All of that is planned and in progress.

Hope that helps better explain where things are at. I think once the virtual worlds examples start to appear, onboarding new contributors to Spritely will be a bit easier; there will be something fun to play with. But more news soon!